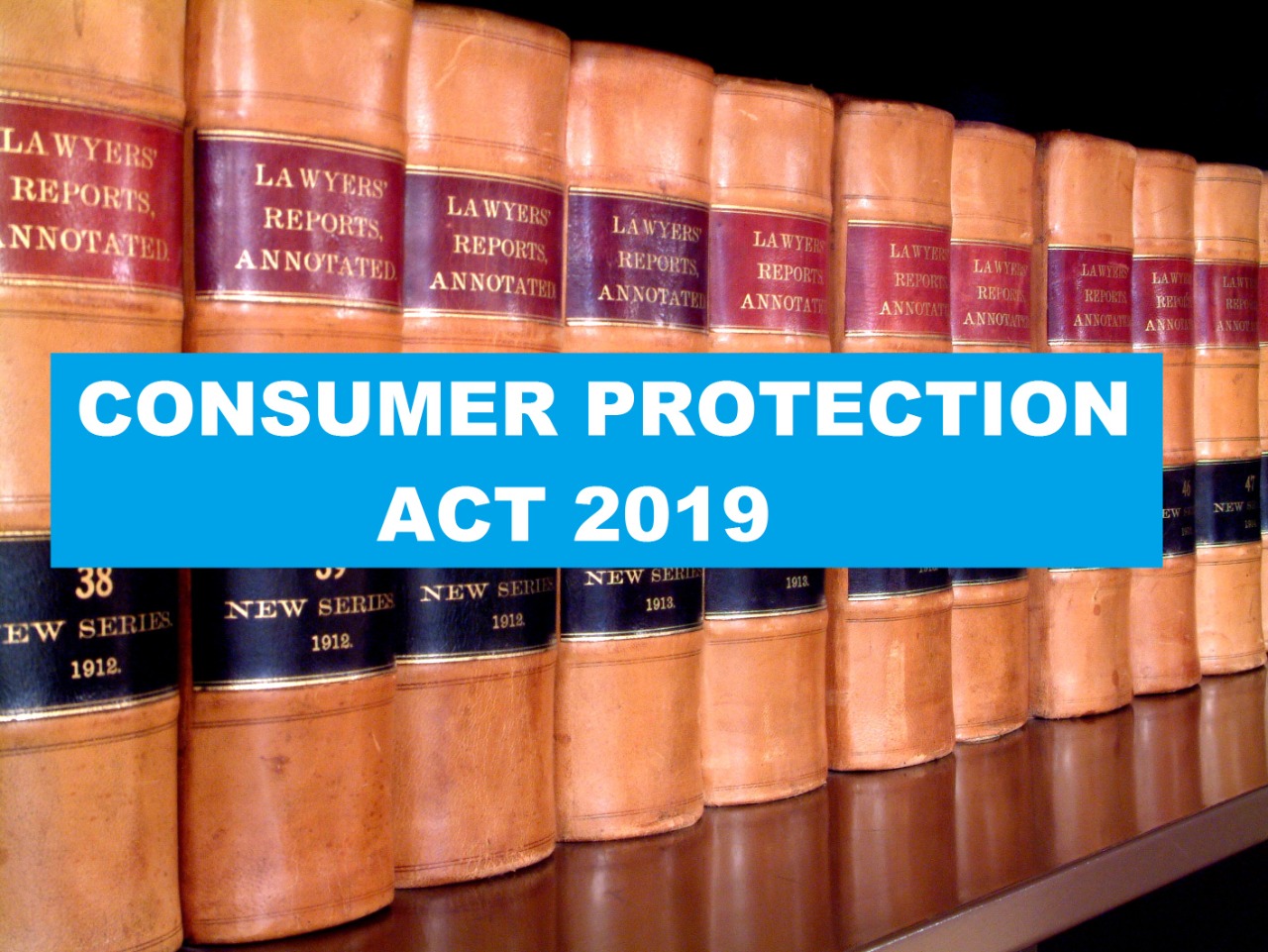 From the time trade and commerce were discovered by the mankind, there have been laws to protect the interest of consumers as well as laws to punish the offenders. Examples can be cited from the ancient texts like Smritis, Kautilya’s Arthashastra etc and these laws have kept on evolving according to the time.

Talking about the modern times, the consumer protection movements can be divided into two parts, the pre independence and post independent era of India.Though there were some laws regarding consumer protection in bits and pieces mentioned in Sales and Goods Act 1930, Indian Penal Code 1860, Carrier’s Act, 1865, The Indian Contract Act, 1872, Law of Torts etc. Also, there were many acts enacted in the post independent era like Essential Commodities Act, 1969, Prevention of Food Adulteration Act, 1954, , etc. but still there was a need for a proper codified law to protect the interest of consumers and to give them rights and to make them aware of the same. A few provisions in the MRTP (Amendment)Act 1984 were also introduced for the protection of consumers from the unfair trade practices but due to the complicated procedures involved, the amendment was not of a great success.

Finally, in 1986, Consumer Protection Act was enacted which aimed at governing the regulations between the consumers and the service providers. This act was amended for several times but now has been repealed and a new act, Consumer Protection Act, 2019 has been brought up and it came in force from 20th July 2020. There were a bunch of reasons for which the almost 3 decades old act was repealed but one of the main reasons was the tremendously growing e-commerce industry and the advancement in technology for which the old act barely had any provisions and dealing online was still at some point difficult to protect the consumers and their exploitation.

Who are the consumers?

Talking about Consumer Protection, the very first thing to understand is the meaning of consumer. A consumer according to the definition Section 2(7): The definition of consumer has been changed from what it was before. Under the new Act, “consumer” is defined as a person who “buys any goods” and “hires or avails of any service” for consideration but does not include a person who obtains goods for resale or goods or service for any commercial purpose. The Act seeks to widen the scope of this definition. Thus, a consumer will now mean any person who “buys any goods” and “hires any services” which shall include both online and offline transactions through electronic means, teleshopping, direct selling or multi-level marketing[1].

(i) “the right to be protected against the marketing of goods, products or services which are hazardous to life and property;

(ii) the right to be informed about the quality, quantity, potency, purity, standard and price of goods, products or services, as the case may be, so as to protect the consumer against unfair trade practices;

(iii) the right to be assured, wherever possible, access to a variety of goods, products or services at competitive prices;

(iv) the right to be heard and to be assured that consumer’s interests will receive due consideration at appropriate fora;

(v) the right to seek redressal against unfair trade practice or restrictive trade practices or unscrupulous exploitation of consumers; and

(vi) the right to consumer awareness”[2].

What are the changes brought up in the new Act?

The new legislation has now published the rules regarding E-commerce[3] : By including e-commerce inside its purview, the Act seeks to protect the privileges of the e-consumers and furthermore enables them to proceed against the e-commerce websites in the event of any infringement or infringement.

Establishment of Central Consumer Protection Authority (CCPA)[4] : This authority has all the powers to conduct an investigation/inquiry if they receive complaints or get directions from the central government regarding any violations of consumer rights, unfair trade practices, misleading advertisements etc. The regulations regarding CCPA has been published.[5]

Jurisdictional changes have been brought up:

Also, now the consumers have the option to file a complaint where the consumer resides and not that of the opposite party.

4. Central Consumer Protection Council (advisory board) has been set up[9]: This board has consumer support helpline number as well as website, this board can help to resolve the complain by the consumer or explain the consequences to the opposite party, however the solutions/ suggestions given are only advisory and not legally binding. Though this is an advisory platform, but it can actually help the parties to rethink before involving themselves in the legal suits and solve the matter on a personal level.

5. Penalties have been increased in the non-following of orders.

6. Alternate Dispute Resolution mechanism of mediation has been introduced[10]:it is of most extreme significance to note and talk about the job of mediator. The mediator needs to attempt to encourage a wilful goal of the debate between the parties, and impart the perspective on each party to the next, help them in distinguishing the issues, decreasing the conflicts, extolling the needs, articulating on the areas of bargain or compromises and ultimately, creating choices trying to understand the questions, and continually pushing on the point that is the obligation/duty of the parties to settle on a choice and that he will not force any terms of settlement on the parties.

8. Concept of Product liability has been introduced against the manufacturer, product seller or product service provider[11]: according to the new act, manufacturers are at more risk than the other two provided with certain exceptions under section 87 of the act.

9. The limitation period for filing a case is 2 years and the provisions regarding the same are also given in the act[12].

The act has definitely broadened its scope by including the provisions of e-commerce, setting up new regulations for the authorities, setting up high standard for the product liabilities, including mediation, setting up advisory boards etc. As a nation, we contend against all the chances and isolate the harmful dealings and set forth a solid serious condition by decreasing the pressure of the market just as of the consumer by securing and giving equivalent rights to them. The Act tries to secure the best of the consumer rights by building up and selecting the concerned specialists every now and then by a powerful authoritative framework to settle the consumer debates with an impressively lesser sum making it adaptable to the abused parties. Further, it is totally needy upon the consumers how adequately they utilize the rights given to them in the Act, which have improved the contest goal component as well as decreased the weight on consumer commissions. Though the act is undoubtedly a very advanced version of the repealed act, the main objective i.e., spreading awareness is still a huge task. It is very important to spread awareness and educate people about the consumer rights and well as the easy availability of remedies to the needy and should not only be limited to the law students, scholars and the working officials.

This article has been written by Ms. Chhavi Prasad, student of Symbiosis Law School, Hyderabad.

Preamble to the Constitution of India

Sun Aug 30 , 2020
PREAMBLE TO THE CONSTITUTION OF INDIA   Preamble is termed as introduction to the constitution, however, it would be precise to call it an abstract of that detailed document which is considered amongst world’s lengthiest Constitutions. The constitution of India has a Preamble that is elaborate enough to make anyone […] 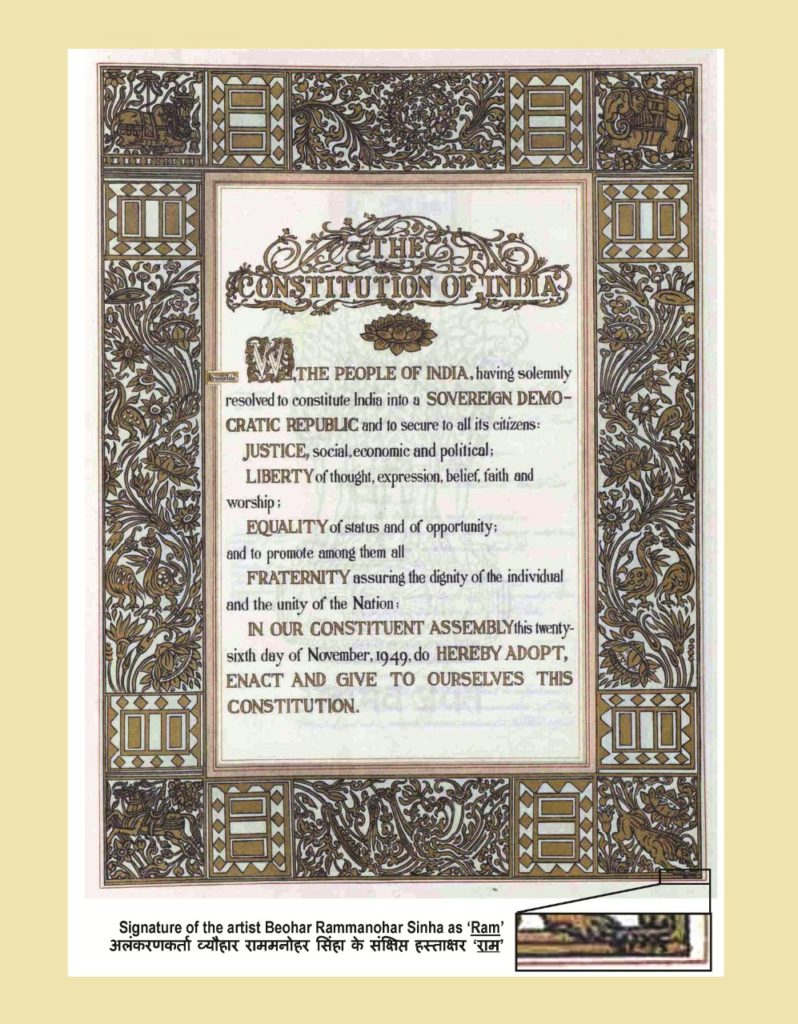