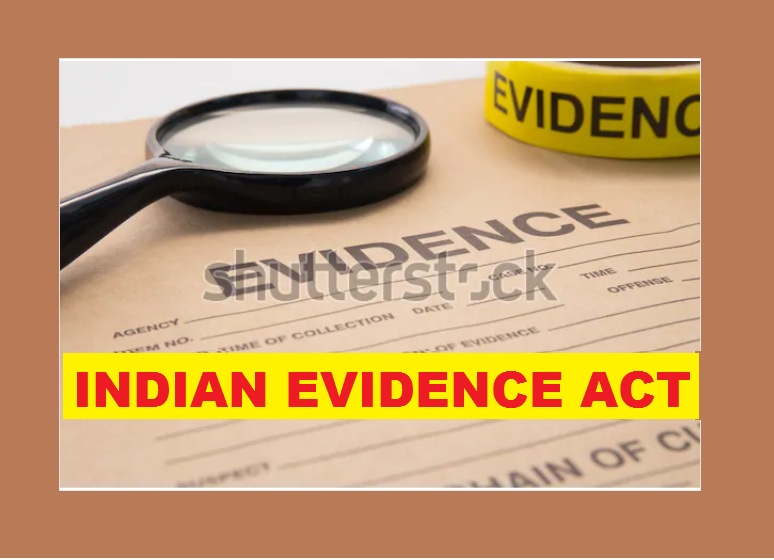 PART I
RELEVANCY OF FACTS
CHAPTER I. –– PRELIMINARY

CHAPTER II.
–– OF THE RELEVANCY OF FACTS

5. Evidence may be given of facts in issue and relevant facts.
6. Relevancy of facts forming part of same transaction.
7. Facts which are the occasion, cause or effect of facts in issue.
8. Motive, preparation and previous or subsequent conduct.
9. Facts necessary to explain or introduce relevant facts.
10. Things said or done by conspirator in reference to common design.
11. When facts not otherwise relevant become relevant.
12. In suits for damages, facts tending to enable Court to determine amount are relevant.
13. Facts relevant when right or custom is in question.
14. Facts showing existence of state of mind, or of body, of bodily feeling.
15. Facts bearing on question whether act was accidental or intentional.
16. Existence of course of business when relevant.

17. Admission defined
18. Admission ––
by party to proceeding or his agent;
by suitor in representative character;
by party interested in subject-matter;
by person from whom interest derived.
19. Admissions by persons whose position must be proved as against party to suit.
20. Admissions by persons expressly referred to by party to suit.
21. Proof of admissions against persons making them, and by or on their behalf.
22. When oral admissions as to contents of documents are relevant.
22A. When oral admission as to contents of electronic records are relevant.
23. Admissions in civil cases when relevant.
24. Confession caused by inducement, threat or promise, when irrelevant in criminal proceeding.
25. Confession to police-officer not to be proved.
26. Confession by accused while in custody of Police not to be proved against him.
27. How much of information received from accused, may be proved.
28. Confession made after removal of impression caused by inducement, threat or promise, relevant.
29. Confession otherwise relevant not to become irrelevant because of promise of secrecy, etc.
30. Consideration of proved confession affecting person making it and others jointly under trial for
same offence.
31. Admissions not conclusive proof, but may estop.

STATEMENTS BY PERSONS WHO CANNOT BE CALLED AS WITNESSES

32. Cases in which statement of relevant fact by person who is dead or cannot be found, etc., is relevant.
When it relates to cause of death;
or is made in course of business;
or against interest of maker;
or gives opinion as to public right or custom, or matters of general interest;
or relates to existence of relationship;
or is made in will or deed relating to family affairs;
or in document relating to transaction mentioned in section 13, clause (a);
or is made by several persons, and expresses feelings relevant to matter in question.
33. Relevancy of certain evidence for proving, in subsequent proceeding, the truth of facts therein stated.

STATEMENTS MADE UNDER SPECIAL CIRCUMSTANCES

HOW MUCH OF A STATEMENT IS TO BE PROVED

39. What evidence to be given when statement from part of a conversation, document, electronic
record, book or series of letters or papers.

JUDGMENTS OF COURTS OF JUSTICE WHEN RELEVANT

40. Previous judgments relevant to bar a second suit or trial.
41. Relevancy of certain judgments in probate, etc., jurisdiction.
42. Relevancy and effect of judgments, orders or decrees, other than those mentioned in section 41.
43. Judgments, etc., other than those mentioned in sections 40, 41 and 42, when relevant.
44. Fraud or collusion in obtaining judgment, or incompetency of Court, may be proved.

OPINIONS OF THIRD PERSONS WHEN RELEVANT

PART II
ON PROOF
CHAPTER III.— FACTS WHICH NEED NOT BE PROVED

59. Proof of facts by oral evidence.
60. Oral evidence must be direct.

61. Proof of contents of documents.
62. Primary evidence.
63. Secondary evidence.
64. Proof of documents by primary evidence.
65. Cases in which secondary evidence relating to documents may be given.
65A. Special provisions as to evidence relating to electronic record.
65B. Admissibility of electronic records.
66. Rules as to notice to produce.
67. Proof of signature and handwriting of person alleged to have signed or written document produced.
67A. Proof as to electronic signature.
68. Proof of execution of document required by law to be attested.
69. Proof where no attesting witness found.
70. Admission of execution by party to attested document.
71. Proof when attesting witness denies the execution.
72. Proof of document not required by law to be attested.
73. Comparison of signature, writing or seal with others admitted or proved.
73A. Proof as to verification of digital signature.

PRESUMPTIONS AS TO DOCUMENTS

CHAPTER VI. –– OF THE EXCLUSION OF ORAL BY DOCUMENTARY EVIDENCE

PART III
PRODUCTION AND EFFECT OF EVIDENCE
CHAPTER VII. –– OF THE BURDEN OF PROOF

115. Estoppel.
116. Estoppel of tenants and of licensee of person in possession.
117. Estoppel of acceptor of bill of exchange, bailee or licensee.

118. Who may testify.
119. Witness unable to communicate verbally.
120. Parties to civil suit, and their wives or husbands. Husband or wife of person under criminal trial.
121. Judges and Magistrates.
122. Communications during marriage
123. Evidence as to affairs of State.
124. Official communications.
125. Information as to commission of offences.
126. Professional communications.
127. Section 126 to apply to interpreters, etc.
128. Privilege not waived by volunteering evidence.
129. Confidential communications with legal advisers.
130. Production of title-deeds of witness not a party.
131. Production of documents or electronic records which another person, having possession, could refuse to produce.
132. Witness not excused from answering on ground that answer will criminate.

CHAPTER X. –– OF THE EXAMINATION OF WITNESSES

135. Order of production and examination of witnesses.
136. Judge to decide as to admissibility of evidence.
137. Examination-in-chief.
Cross-examination.
Re-examination.
138. Order of examinations.
Direction of re-examination.
139. Cross-examination of person called to produce a document.
140. Witnesses to character.
141. Leading questions.
142. When they must not be asked.
143. When they may be asked.
144. Evidence as to matters in writing.
145. Cross-examination as to previous statements in writing
146. Questions lawful in cross-examination.
147. When witness to be compelled to answer.
148. Court to decide when question shall be asked and when witness compelled to answer.
149. Question not to be asked without reasonable grounds.
150. Procedure of Court in case of question being asked without reasonable grounds.
151. Indecent and scandalous questions.
152. Questions intended to insult or annoy.
153. Exclusion of evidence to contradict answers to questions testing veracity.
154. Question by party to his own witness.
155. Impeaching credit of witness.
156. Questions tending to corroborate evidence of relevant fact, admissible.
157. Former statements of witness may be proved to corroborate later testimony as to same fact.
158. What matters may be proved in connection with proved statement relevant under section 32 or 33.
159. Refreshing memory.
When witness may use copy of document to refresh memory.
160. Testimony to facts stated in document mentioned in section 159.
161. Right of adverse party as to writing used to refresh memory.
162. Production of documents.
Translation of documents.
163. Giving, as evidence, of document called for and produced on notice.
164. Using, as evidence, of document production of which was refused on notice.
165. Judge’s power to put questions or order production.
166. Power of jury or assessors to put questions.

CHAPTER XI–– OF IMPROPER ADMISSION AND REJECTION OF EVIDENCE

167. No new trial for improper admission or rejection of evidence. 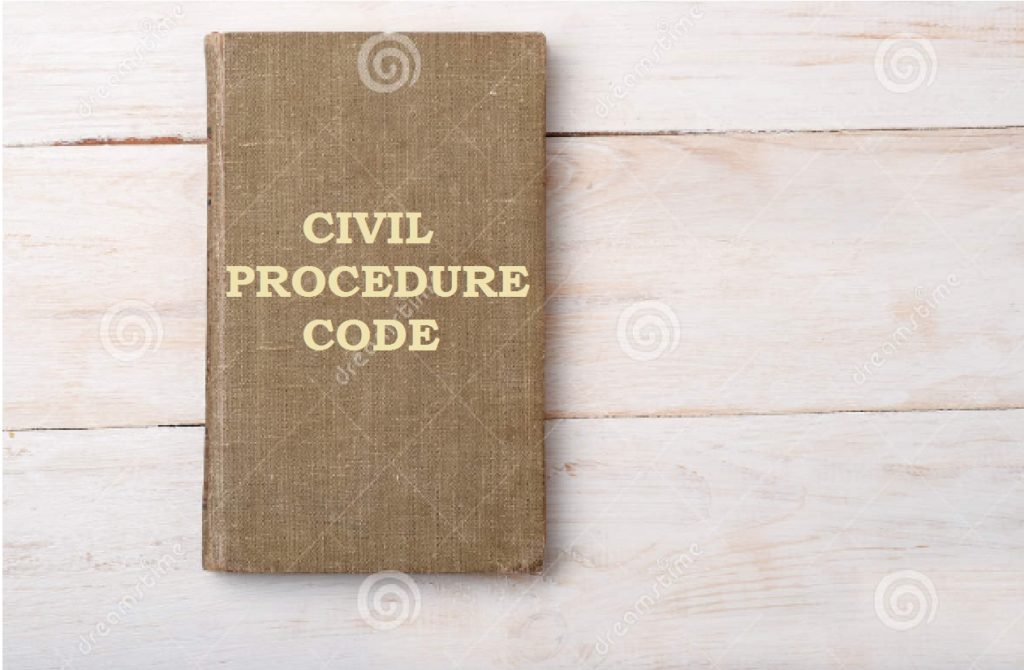